On Friday 8 June 2018, the Birkbeck Feminist and Queer Theory Reading Group gathered to discuss Paul B. Preciado’s Testo Junkie: Sex, Drugs and Biopolitics in the Pharmacopornographic Era in the Transitional States exhibition space at the Peltz Gallery at Birkbeck School of Arts. As Transitional States explores feminist and queer perspectives on the use of hormones for contraception, fertility, menopause, and gender transition, we thought that this video art exhibition would be a fertile site to discuss pharmacopornographic subjectivity and ‘gender-hacking’ hormone use.

The Birkbeck Feminist and Queer Theory Reading Group was formed last year, and so far we have met to discuss Judith Butler’s Gender Trouble, Maggie Nelson’s The Argonauts, and Sara Ahmed’s Living a Feminist Life. The reading group is made up of PhD candidates and MA students from a number of universities in London, and brings together researchers in History, English Literature, Sociology, Gender and Sexuality Studies, Design History, and Fine Art, some of whom are undertaking practice-based PhDs.

Our discussion of Testo Junkie was timely as Preciado had given a lecture about the text, on the invitation of Transitional States’ organiser, Dr Chiara Beccalossi, at the Wellcome Collection in London just a few days earlier. During the lecture, Preciado discussed how, through experiments with testosterone, he had made use of his body as a ‘political laboratory.’ He also emphasised the close link between the process of taking testosterone and that of writing Testo Junkie. 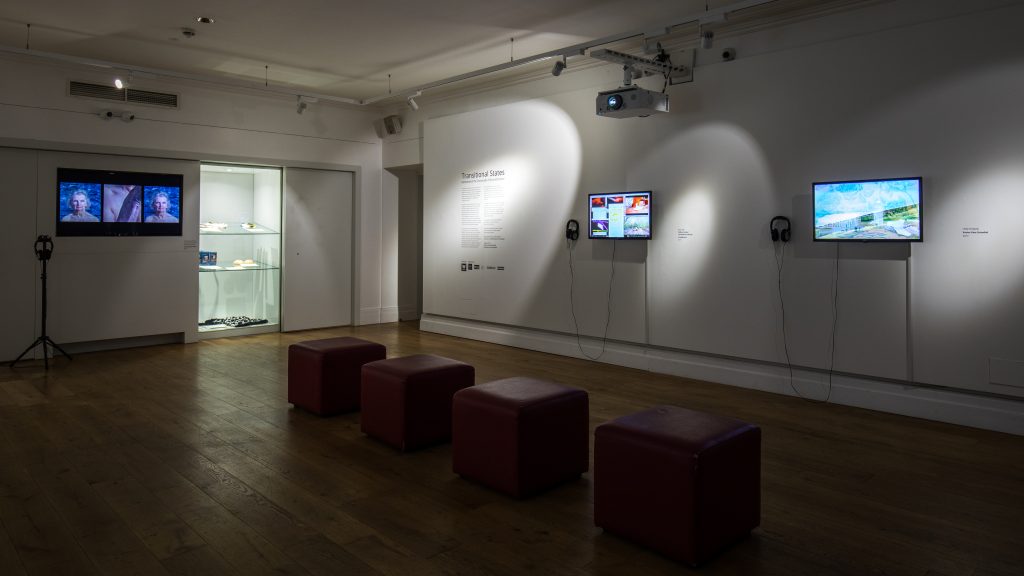 We took this reading group meeting in the Transitional States exhibition space as an opportunity to explore the relationship between feminist and queer theory and (art) practice. Might a video artist, who documents their own use of testosterone, understand the video-making process in a similar way that Preciado understands the writing process? What lessons can doctoral researchers writing theses learn from practice-based researchers? How can art practice inform theoretical discourse, and the reverse?

With funding from Birkbeck Gender and Sexuality, we invited two specialists to help us to explore these ideas: Raju Rage, a London-based artist and activist whose video work at Transitional States, Techno Gender: Pyramid Revealed by a Sandstorm, cites Preciado’s work; and Sofia Ropek-Hewson, a PhD candidate at the University of Cambridge, who was in the final stages of writing her thesis about pharmacopornographic subjectivity in Preciado’s texts, Pornotopia and Testo Junkie.

Participants were invited to take in the Transitional States video art exhibition for one hour before sitting down to hear contributions from our invited speakers and to discuss Testo Junkie. Sofia gave us a brilliant whistle-stop tour of Testo Junkie and, as she saw them, Preciado’s key contributions to queer theory. Raju did the valuable work of setting the publication of Testo Junkie in the context of the developing London trans film landscape, and discussed how, as an artist, they had engaged critically with the text. Following these stimulating contributions from our invited speakers, as lights and shadows from the exhibited video work played across the reading group, we had an animated discussion about prostheses, the (various forms of) contraceptive pill and its effects on our bodies, and the importance of developing histories of sexuality beyond Europe and the United States. 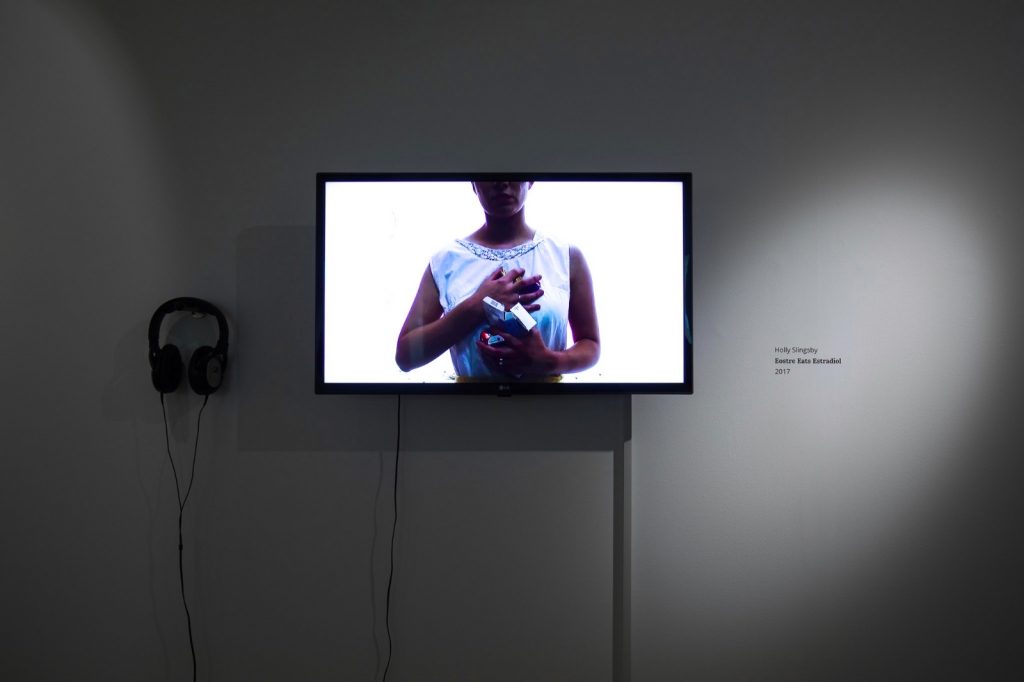 As hoped, the Transitional States exhibition was a wonderful stage for this meeting, which pushed us to think closely about the relationship between feminist and queer theory and practice. I am grateful to the Birkbeck Feminist and Queer Theory Reading Group coordinator Caitlin Cunningham, Transitional States organiser, Dr Chiara Beccalossi, the Peltz Gallery team, Birkbeck Gender and Sexuality, and to our invited speakers for their enthusiasm and support.