Over the last few years, trans people have become more visible, Shon Faye reminds us: Caitlyn Jenner publicly transitioned, Laverne Cox was on the cover of Time, Daniela Vega became the first trans woman to present at the Oscars, and her film, A Fantastic Woman, won an Oscar.

Faye writes that visibility is important: ‘the received wisdom is that if people can see trans people they will learn to tolerate us, then to accept us and then to embrace us’ (2018). But violence against trans people has increased with visibility: there was a 45% rise in transphobic hate crime in the UK last year (2017).

In 2017, ‘The Museum of Transology’ opened in Brighton, an exhibition collecting trans items from across Britain that is currently touring Britain while looking for a permanent space. The exhibition is designed to imitate a home, with bathroom cabinets, dressers and wardrobes filled with items such as boxes of Testogel (testosterone gel), train tickets associated with transitioning memories, lipsticks, hospital gowns and NHS appointment letters.

Curator, EJ Scott, writes that the exhibition represented a ‘proactive attempt to halt the erasure of trans lives from the heritage sector’ and notes ‘the power of objects to tell stories’. Scott also noted the ‘everyday’, ‘frequently mundane’ nature of the objects displayed, countering the common portrayal of trans lives through spectacle. 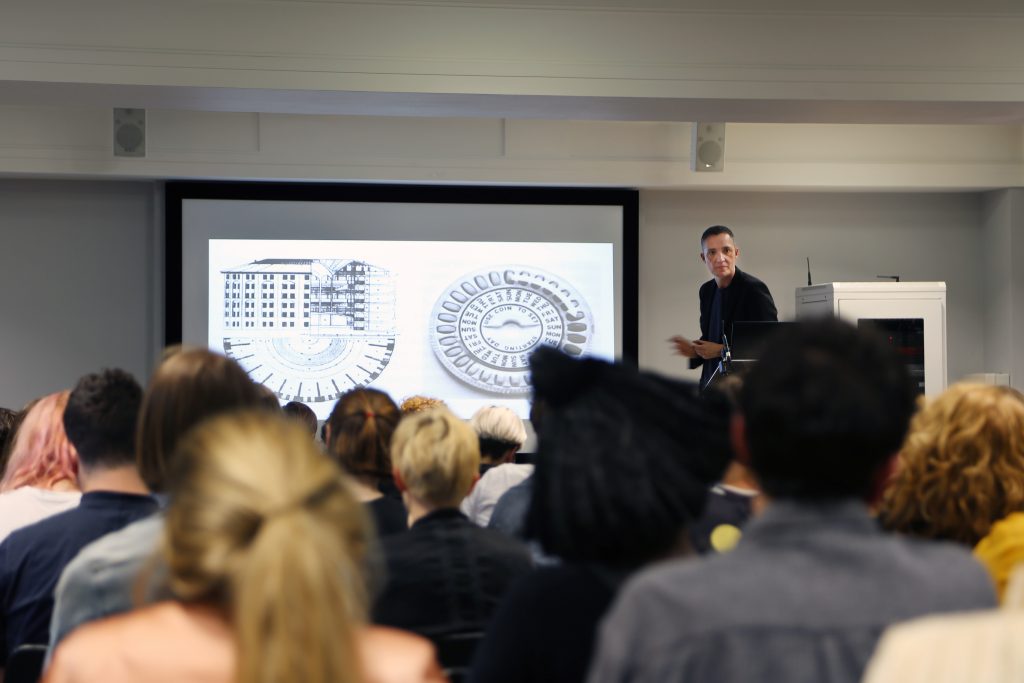 In contrast, in his book, Testo Junkie, Paul B. Preciado describes taking Testogel illicitly and watching his body change, a process that is depicted as slow, mundane, exciting and frustrating. For example, Preciado writes of ‘getting […] high’ taking testosterone: ‘the skin inside my mouth has become thicker. My tongue is like an erectile muscle […] I could leap to the balcony opposite and fuck my neighbour if she were waiting for me with her thighs spread’. But he also writes, ‘this time […] the testosterone compels me to tidy up and clean my apartment, frenetically, all night long’.

Testo Junkie, and Preciado’s talk on 5 June 2018 at the Wellcome Collection as part of the ‘Transitional States’ London programme of events, both make clear the materiality of gender, transitioning and trans lives.

Eschewing heroic gender transitions, Preciado emphasises prosthesis-based work – bodies and people, he writes, are shaped through Testogel, clothes, and, importantly, representation: in films, books or online. Representations are as material as Testogel in Testo Junkie: Preciado writes that in contemporary society, the ‘text, image and the corporal spread’ through networks similarly and equally.

For Preciado, transitioning, or any experimentation with bodies or genders, requires prostheses – whether Viagra, tritherapy, Testogel, the Pill, Prozac or silicone. Testo Junkie expresses our shared reliance on prostheses, whether cars, shoes or pills.

Accordingly, for Preciado, agency is accessible through prostheses: we are constructed through drugs, objects and representations, but we can also construct ourselves through them. Testo Junkie emphasises that our bodies are ‘fictions’, which can be written and rewritten.

In his talk for Transitional States, Preciado noted: ‘when becoming trans, this political fiction is contested publicly, you have to come up and defend it, invent it more strongly’. Preciado used testosterone to transition, but writing was also a crucial part of the process. Both technologies allowed him to write his new body.

But eliding trans and bodies with fiction doesn’t imply that either are abstract. This rejection of trans-as-abstract is widespread: contemporary trans theorists often reject the conception of gender as a purely social construct, partly on the basis that, as Jack Halberstam writes, there’s a ‘worry that adopting a theory of performativity implies that trans* is not real, material, authentic’. Halberstam quotes Julie Serano’s warning: ‘if one more person tells me that ‘all gender is performance’, I think I am going to strangle them’.

Preciado referenced this frustration when he spoke of Judith Butler’s enduring influence on his work: ‘Of course I do agree that gender is performative […] nevertheless there is materiality of gender’, which Butler explores insufficiently, according to Preciado. He adds: ‘gender studies has been pushing back the body and the biological.’

Testo Junkie emphasises the equal, continuous materiality of Testogel, body ‘fictions’ and transitioning, making clear the plastic nature of bodies and genders – they are both mutable and tangible. Sara Ahmed writes that ‘theory can do more the closer it gets to the skin […] theory itself is often assumed to be abstract […] to abstract is to drag away […] we might then have to drag theory back’. Through his work, Preciado drags theory back to the skin.

Faye, Shon (2018) ‘Trans visibility is greater than ever – but that’s a double-edged sword’, https://www.theguardian.com/commentisfree/2018/mar/30/transgender-acceptance-media-international-day-visibility

Preciado, Paul B. (2013), Testo Junkie: Sex, Drugs and Biopolitics in the Pharmacopornographic Era, The Feminist Press.